Athens, OH 09 December 2012 – By far, my favorite weekend activity at Ohio University is attending the OU Club Hockey games. Prior to attending OU, I wasn’t the slightest bit interested in hockey and figured that not even in my wildest dreams would I regularly attend games. Well, I was wrong.

At the time, I primarily decided to attend the hockey game to gain the class credit and hoped I wouldn’t be too bored in the process. Needless to say, the game was packed full of action–and was even funny! At one point near the end of the game, a giant fight broke out on the ice, and while the referees were trying to break it up, the announcer began playing “Why Can’t We Be Friends?” 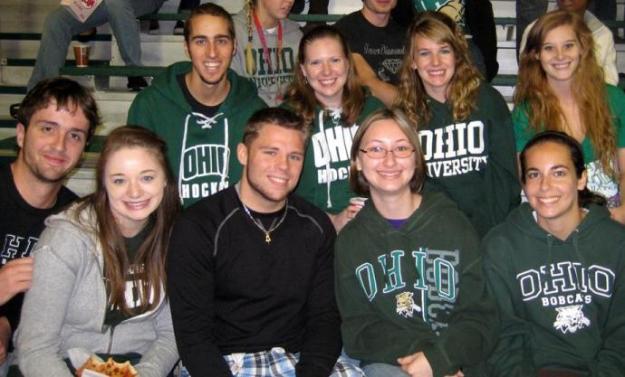 The Hockey Team’s schedule is one of the more intense especially considering the number of games played each season. Two games are played per weekend beginning in late September and running until March. The team is currently 17-3-2 and they played their last game of 2012 last night at Kent State–a 9-3 win. The next home game isn’t until January 18th—-a long, grueling wait for fans!