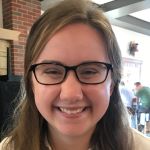 Since it’s my last year at OU, I’ve been trying to do as many of my favorite things in Athens as I can. This means that I’ve spent a lot of time with friends, had many milkshakes from Larry’s Dawg House, and gone to a lot of OU games. Specifically, I love going to the basketball and hockey games.

Basketball is something I’ve always enjoyed. Growing up, my mom taught at a high school that had a great basketball team, so we would watch her students play every week and follow them to tournament games all over the state. When I got into high school, I loved being the student section and cheering on our team.

Going to OU basketball games brings back all of that nostalgia and excitement – the band plays all sorts of bops to get the crowd riled up, you’re standing and cheering with all of your friends, and you can’t get help but get sucked into the action! Below is some of my friends and I hanging out with Rufus at a basketball game.

Hockey, on the other hand, is something I never really watched until I came to OU. Now, it is by far one of my favorite sport. How can you not enjoy a sport where people are constantly smacking into walls and playing super aggressively?!?

There’s also a lot of little things about hockey games that you don’t get at other sports. For example, Rex (the dinosaur at the hockey games) runs around the whole game and tries to annoy the players from the opposing team. Plus, you’re in a pretty small area, so the noise from the crowd and the music on the loudspeakers get amplified, making the hockey arena a super fun environment to be in! Below is my friends and I having fun at the hockey game.

Overall, it’s been fun to get spend time with my friends at all of the games. As a school, we’re a pretty spirited bunch, and cheering on our teams really brings that out!

Nearly everyone has reminded me to take a break and “loosen up.” I haven’t always heeded their advice. I generally wait for the long weekend breaks or the holidays for respite. However, earlier this week, I took a chance and gave myself a much-needed break. This opportunity came from the Presidential Leadership Society of which I am a member. I had the opportunity to watch a football game from the President’s Box.

Throughout my three years here at OHIO, I had gone to only three football games, but left by halftime. I left early because I felt that I needed to immediately get back to my studies.

This entire experience was very exciting. I met and talked to many people from the University—alumni, faculty, administration, and friends of OHIO. And as a bonus, we beat Buffalo 52-17! Most importantly, I enjoyed myself! 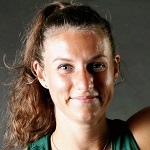 My home country, the Netherlands, is very well known for its sports such as soccer and field hockey. Unfortunately, Dutch sports are not affiliated with universities like in American sports. At home, we represent a sports club and not a high school or university. For this reason, it is challenging for Dutch students to excel athletically as well as academically.

Combining sports and academics at the same place sounded ideal for me. When I became aware of this big part of the American college life, I decided to look into transferring to an American university. Now I am happy to say I am living the American dream thanks to Ohio University’s Field Hockey (OUFH) program as well as the Russ College of Engineering and Technology.

I made the decision to transfer in the summer of 2015 and I immediately felt at home while wandering around the beautiful green campus of Ohio University. Playing a college sport is very beneficial for international students because we automatically gain 20+ sisters.

Over the years, my teammates—as well as my engineering friends—have become my family away from home. It is very special to realize how sports brings people together and creates strong relationships which are not limited by international borders. For example, OUFH currently represents five nationalities to compete at the highest collegiate level in the United States of America.

When we come in as freshman field hockey players, we start our collegiate career during preseason in the summer. Preseason usually lasts about two weeks and consists of multiple practices. These practices can range from one a day up to three, each lasting about two or three hours. After we get used to playing together, we play one or two scrimmages before our season starts at the end of August. 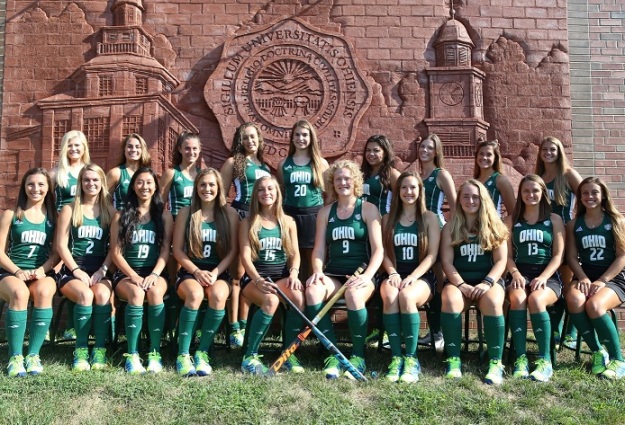 During the season, we sometimes play three games a week. Normally, we play about eighteen games a season which consists of roughly ten or more away games. This means we get to travel a lot with the team! Traveling with the team has definitely been one of my best OU experiences so far and it contributes to our strong relationships. For example, we got to visit New York City my sophomore year and we traveled to North Carolina my junior year.

On top of the games, we also practice 4-5 times a week depending on our game schedule. In the past three years, we have always had Mondays off for our required day off. Then, we would have lifting from 7:30 am till 8:30 am on Tuesdays and Thursdays. In addition, we practice from 2:00 pm ill 5:00 pm Tuesday through Sunday—except for game days, of course.

Unfortunately, our 2017 season ended at the end of October and we are now lifting and running for up to eight hours a week max. I am really excited to start playing field hockey again this winter break at home and with the OUFH team in spring. Things will definitely be different because the Ohio Athletic Department recently hired a new head coach: Ali Johnstone. She is a former Bobcat standout and member of the Kermit Blosser Ohio Athletics Hall of Fame which makes me really excited about all new athletic challenges in the near future! 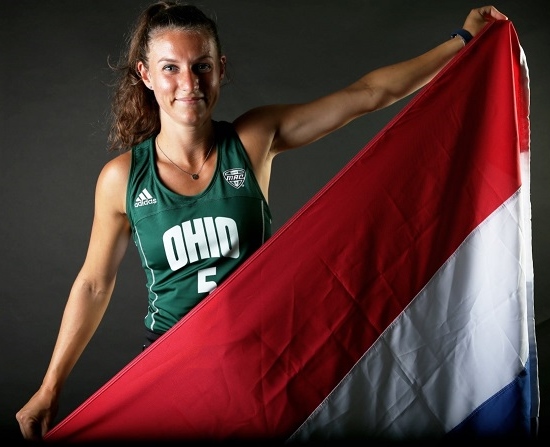 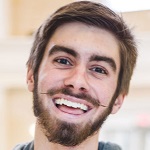 One sport I did not know anything about this year is Field Hockey. Even after attending multiple games this semester, I still don’t know all of the rules. It might be more accurate to call it “Xtreme Golf” instead of field hockey, due to the following factors: color of the field, the way the club/stick is swung, length of the field compared to a par 3 golf course, size of the goal compared to a golf hole, and the height the ball was hit at normally for each swing.

Since I was a huge fan of the game the first time I went, I made sure to attend the rest of the home games. My favorite game I went to was with my roommate Jake. Before the game two of the players gave us their spirited shirts that were pink and showed the field hockey team’s support for breast cancer awareness.

The last game I went to this year at home I saw their first win, and that was one of my favorite memories of this year.

During this period, she became aware of American college sports and the way athletics opens up a world of opportunities because of scholarships for student athletes. Nevertheless, this Dutch field hockey player stopped dreaming about America because she was insecure about her abilities as an athlete.

This 17-year old, insecure girl was me about 5 years ago. Nowadays, I am like a butterfly that came out of its Dutch cocoon. A lot of things have happened and changed since that one Monday in 2012. I graduated High School with one C (English…) and I decided to take a year off to work on my languages. I was also denied by my med school in the Netherlands which made me doubt my decision to become a doctor. I always wanted to help people by studying medicine, but this childhood dream changed after my gap year and journey through Southern Africa.

In 2014, I traveled to South-Africa, Swaziland, and Mozambique to volunteer at a Neighborhood Care Point for vulnerable children. During this 6-week teaching assistant job, I also partially-funded a construction project which made me realize one does not necessarily need to be a doctor to help others. I helped with the building process and I designed some murals to decorate the school. On top of that, I had the honor to paint them myself, so I saw with my own eyes how much it was appreciated by the community. This made me change my opinion by 180 degrees: I wanted to study engineering instead of medicine.

That Summer in 2014, I applied for a major called “Bouwkunde”—a combination of structural engineering and architecture— at Eindhoven University of Engineering and Technology. I got accepted and I started my next chapter of life as an engineering student in the Netherlands. It was a tremendous university with sophisticated students and teachers but ever since I started traveling I wanted more than the tiny Dutch cities surrounded by flat farmland.

In the meantime, I was playing field hockey on the second-highest level in the Netherlands which opened up some opportunities in the United States of America. Since my English skills were still below average by the time 2015 came around, I started to look into some transfer options to continue my studies in an English speaking country. This was when my “American Dream” appeared once again. The 17 year old High Schooler was now a confident 20 year old young adult ready for the next step in her life.

After a roller coaster of field hockey recruiting events, recorded games, Skype conversations, and loads of paperwork I finally got my American visa to continue my academics and athletics at Ohio University in Fall 2015.

It was a huge step for me to transfer to an American university but I am extremely happy that I did. Choosing Ohio University was quite a risk because I did not visit America before let alone Athens, Ohio. Nevertheless, the conversations I had with my head coach, teammates, engineering teachers, and even current students on top of the beautiful Google Maps pictures made my heart race.

“The pain of discipline is far less than the pain of regret.” —Sarah Bombell

I always say I rather try than regret not trying at all, which brought me to Athens this time and who knows what is next. Overall, this is my journey to Ohio University and now I will help you find your journey back hOUme.