Athens, OH 10 September 2013 – This summer I had the opportunity to experience first-hand what it’s like to work in the airline industry. I was fortunate enough to be invited to St. Louis by Trans States’ Director of Operations, Keith Stamper, an Ohio University Aviation alumnus, for a flight operations internship with the regional carrier, Trans States Airlines. The airline had originally started operations in the early 1980’s as Resort Air, later becoming Trans World Express for TWA, and now flying for United and US Airways.

While I was in St. Louis for the summer, I participated in a wide variety of airline operations, from rewriting the new-hire systems integration training on the Embraer jets to assisting with the company’s new hire interview process, by sitting in on the simulator evaluations in a Sabreliner simulator. Every day I went to work, I learned more and more about what it takes to run something as complex as a regional airline.

The mentors I had at the airline made as much effort as possible to expose me to the different aspects of an air carrier, giving me different tasks ranging from working on recurrent training programs for crew schedulers to meeting aircraft at the airport to audit and update the manuals on-board the aircraft. The company felt like one giant family, all working to achieve the same goal of making the airline better. I truly feel that by going and working with the airline’s management team, it was by far one of the best decisions of my career so far. After being a part of the Trans States family for the summer, I can’t wait to go back and be a part of the company as a pilot! 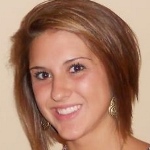 Athens, OH 9 September 2013 – This summer with the student organization Bobcats Building a Better World, I had the wonderful opportunity to travel to Ghana, Africa. Bobcats Building a Better World has had long ties with Maase, a village in Ghana. The last project started has been to build teacher housing for the betterment of the schools. I had the privilege of traveling with the organization’s advisor, Dr. Giesey, and three other students in varying majors. Over the two weeks we were there, we worked on installing a septic system for the housing. Below shows the walls of the housing and the hole for the septic tank which was formed by poured concrete. We had to assure the level of elevation between all points of the septic system created the appropriate gradient. 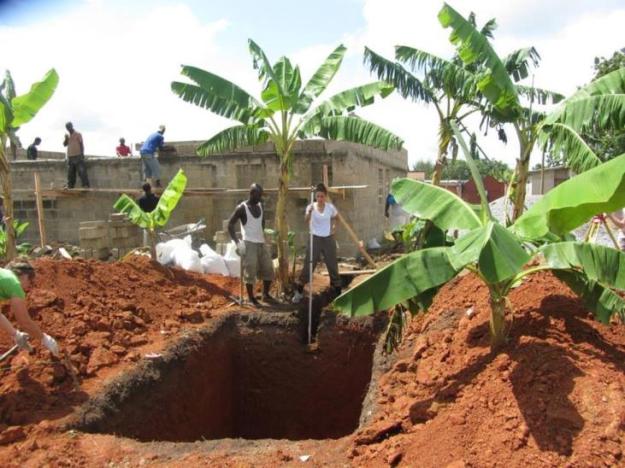 The technical aspects of the project regarding engineering were new to me but I then had the chance to become a well-rounded student learning some aspects of civil engineering. The experience became all the more rewarding as we became immersed in the Ghanaian lifestyle and created close bonds within our group and with the people we got to work with there. Below shows our group members along with two Elders of the village who oversaw our project, and other community members who were able to give us a lot of help.

Before this I had never been out of the country and had not known what to expect. This experience helped to enrich my education but also helped me to learn about myself, what motivates me and what I am passionate about. The trip was absolutely amazing and I can’t wait to go back! 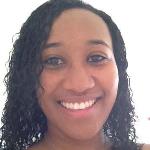 Athens, OH 3 September 2013 – This past summer I was a research and development intern at Procter & Gamble Duracell in Bethel, Connecticut. It was actually my second internship at this facility.

My experience in Bethel, CT was definitely one to remember. As a R&D intern I had the opportunity to run my own lab test on zinc particles inside of a AAA battery. I used three different analysis machines: the scanning electron microscope, Hirox digital microscope, and a particle size distribution test. These were all machines I had never used prior to this internship. It was great getting the chance to learn how to use them to complete my project.

My favorite part of the entire internship is that everyone treated me as if I was a full time employee. I was given my own office space and computer. The success of my project and therefore the rewards were all in my hands. At the end of my internship I was required to write a technical report on all my results as well as present to top level technical management at Duracell.

I took this opportunity because I have always wanted to work for P&G. I am very thankful for this experience, because when I graduate I will be a full-time employee at Procter & Gamble Hair Care & Color in Cincinnati, OH.

Summer brings options to the engineering student. The biggest question is usually if you have a co-op of job lined up for the long break. If not, will you be staying in Athens? In an effort to ease the course load of my senior year, I stayed in Athens and took a few classes. A lot of others did the same thing hoping to graduate before the switch to semesters. I took two classes each session, two engineering course the first half and a business management and guitar class the second session. Needless to say, the first half of summer was much busier but I got to squeeze some fun into my college credits during the second half.

Outside of class, I bought a road bike and practiced Silat. I had signed a lease for a house out in The Plains (about a ten minute drive from the engineering building) and hoped to ride my bike to class most days to save gas money and make sure I got to move a little bit every day. After dinner each night I made a trek up the bike path to The Plains and sometimes Nelsonville. Three times a week I met with a Silat instructor.

Silat is the indigenous martial art of Indonesia. For one hour I was lucky enough to receive one-on-one instruction and then group instruction for another hour. Twice during the summer, one of the top instructors/practitioners in the style we practice visited and spent four hours a day working with us over a three day period. Now I continue to practice under the tutelage of the OUMMA club during the year.

During the Fourth of July weekend I had the opportunity to visit my girlfriend in Washington D.C. Below is a picture of me watching the parade on the big day. It was really interesting watching other cultures take part in celebrating their American citizenship expressed through traditional dances and clothes of their native countries.